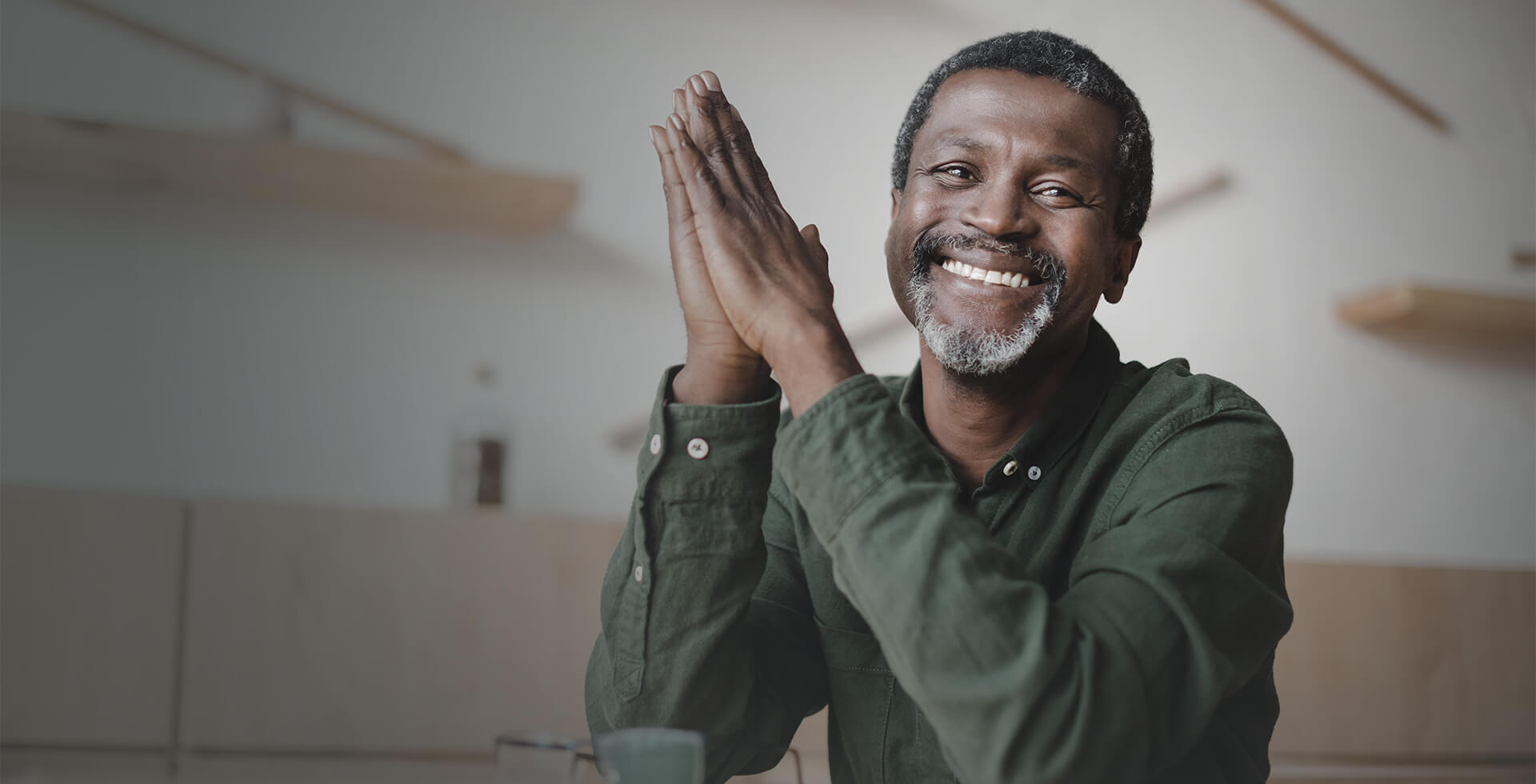 Immigration, Refugees and Citizenship Canada (IRCC) declared it will end in 2019 its controversial lottery selection process under the Parents and Grandparents Program . IRCC will revert to a first-come, first-served approach to inviting interested sponsors to apply.

The news announced on August 20, 2018 also said that the IRCC will accept up to 20,000 new sponsorship applications in 2019 through the Parents and Grandparents Program (PGP).

In 20177 IRCC’s implemented a randomized selection process for applications to the Parents and Grandparents Program. At that time, the government claimed that a randomized approach would level the playing field and give everyone the same opportunity to be selected to sponsor their parents/grandparents. Not everyone agreed, and the decision was widely criticized as unjust. Families complained that the randomized process gave them no way of knowing if they would ever be selected to reunite with their loved ones.

The changes announced last month are IRCC’s  response to these concerns. The IRCC said that “[a]s a result of listening to stakeholders and closely examining the PGP Program, the government is making further changes to the application intake process that will streamline access to the program and improve client experience.”

Immigration Minister Ahmed Hussen said that these changes are evidence of the Government of Canada’s “commitment to helping families live, work and thrive together, in Canada.”

This new cap doubles IRCC’s original applications cap for 2018, which was set at 10,000 and was increased to 17,000 in July 2018. To meet this increased 2018 quota, the second round of invitations sent by the IRCC at the end of July will have until October 5, 2018 to submit a complete application.

Those interested in sponsoring their parents/grandparents in the 2019 will have to complete an Interest to Sponsor form online at the beginning of the year. Even though a a first-come, first-served selection approach will not fully guarantee approval of every application, the increased yearly quota is definitely good news for the Canadian sponsors

How will the parents and Grandparents program change?

WHY DO I NEED A WILL?Next 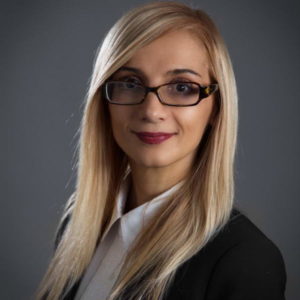 Nicoleta Liber
00:03 09 Aug 22
We had the pleasure of working with Monica and her team twice already.The closing of our second property had some set... backs, but Monica and Shirisha were incredible through the whole process.They did an amazing job under tight schedule.Very professional, kind and great at communicating, making the whole process simple and smooth.We highly recommend them for their excellent service!Thank you, Monica and Shirisha!read more

Heather Byrne
19:57 25 Jul 22
I had the pleasure of working with Monica and her team for multiple legal transactions.She has always been available... for questions and ensuring that I understood my options. Monica us very efficient with the work and delivered in a timely manner.I highly recommend Beffa Law for all legal services.read more

Gabi CO
20:58 07 Jul 22
I not only recommend Monica Beffa - Beffa Law, but I guarantee once you have used her service you too will look no... further. She responds in an extreme timely matter, she is a very knowledge and trustworthy person. There is no other lawyer that will work as hard for you. I used Monica Beffa for our family wills and as well for our real estate needs, she is a wonderful an competent lawyer could not have been happier and I will never go anywhere else.read more

Alcl Marinescu
20:40 07 Jul 22
We needed their services for a property acquisition and the whole process was smooth. Obviously there were some issues... from the seller side and Monica took care of them so we didn't "feel the pain".Anyhow, most of us are working "9 to 5" but Monica is working when you need her (we signed the documents after OUR working hours, when we were available).read more

Madalina Stroie
18:55 05 Jul 22
We had the pleasure of working with Monica when we bought our first home in Canada.She was initially recommended to us... via a social network when we were looking for assistance on a totally different legal situation, so when we meet her face-to-face, we had the chance to better connect and realize she is a match for all our existent and potential legal issues, so we kept in touch.When we bought our first home, as ‘newcomers’ from and into a different country, we had of course many questions (some silly ones also), but we did appreciated that she and Shirisha (one of her employees), took the time to always get back to us and address all our queries. They were professional, advised us on the best course of action and our transaction was successfully completed without any issues.We are strongly recommend Beffa Law for any legal related situation.Thank you!!!Madaread more

Adrian Mihail
11:50 05 Jul 22
Good service in a timely manner. Very easy to communicate and open discussions. Monica Beffa was able to explain to us... the very complicate lawyer's lingo in order to understand to documents we needed to sign.read more

KG TV
19:41 30 Jun 22
I'd think twice before hiring theese cons I was ripped of twice by them their nickel and dimers and pretty much legal... theifs in this buisness becareful what you sign aswell with them 👀 they'll charge you for a pen and paper if they can unhonest lazy theirs too many lawyers our their too choose a rip off like this the assistant is probly the least knowledgeable law representative I've met in my life could differentiate an empty lot and and house beware of transactions hereread more

Rawa
03:41 24 Jun 22
I used Beffa law/Monica for immigration services. I dug myself a deep hole and had no hope on my PR application. There... was possibility of me getting deported.She took her time to go over the mess with me couple times and I just received confirmation that the application was approved. I can't recommend her enough.read more

Georgeta Vochin
03:11 04 May 22
Thank you Monica Beffa for your priceless help and professionalism on my legal matter!I am from London Ontario and I... need it advice from an unbiased lawyer on my issue!Not only that Monica surpassed my expectations but also she could relate to my issue giving the fact that we share the same culture, language virtues and integrity in many ways !To my fellow Romanian co-nationals and anyone in need of a truly professional legal advice,Monica Beffa Law is your Legal professional Business !I will always return ,if in need to your Law office!With Gratitude ,sincerelyGeorgeta VochinLondon Ontarioread more

Mădălina Popescu
22:18 16 Feb 22
Excellent communication and overall estate planning services at Beffa Law. We had all our questions answered promptly &... nothing was left unclear throughout the whole entire process. The office is very clean & conveniently located close to the highway for an easy in and out, and some of the touchpoints were accomplished over video call. We would go back to Beffa Law anytime should we need so in the future.read more

Maggie Dima
17:31 15 Feb 22
Extremely knowledgeable and prompt service. Monica is very easy to talk to and adaptable to meet. Highly recommended!... Thank you for your assistance.read more

Connie Iorga
10:57 21 Dec 21
Working with Monica and Shirisha has been a great pleasure! They were very responsive and informative in helping me... close my home. I would recommend them to anyone! Thanks again for your help!read more

Anca Manciu
12:55 01 Dec 21
We had a very complex deal that we were able to close only because Monica and her wonderful clerk Shirisha were very... knowledgeable, pacient and hard working. We want to thank you for all your hard working and dedication.We really appreciate it all .❤️read more

Adriana Dragomir
20:41 07 Oct 21
Monica Beffa and her team recently helped us sell our house. We had no idea what to expect from the entire experience... and, frankly, were slightly terrified of the legal side of things. We had many questions, some quite silly, but Monica's patience was absolutely incredible. Her pleasant and reassuring manner were so appreciated at such a stressful time! Her team is also extraordinarily responsive, an absolute pleasure to work with. Together, they helped make the transaction a quick, painless experience. We have recommended their services to some of our closest friends, will continue to do so, and will absolutely return to them for any future legal needs. Adriana & George D.read more

Julie Ivanchenko
03:20 05 Oct 21
Monica was very professional and gave us great advice on the sale of our house. Whenever we called, she always had time... to give us answers to our questions to set our minds at ease.Thanks for looking after us so well!read more

G B
17:35 16 Oct 20
Have been represented by this law firm in a couple of real estate transactions. Easy to deal with, professional, and... quick. Everything was a breeze, signing was virtual, and I felt my interests were well protected. Thank you, Monica & team!read more

Steve M
12:16 16 Oct 20
I bought a home August 2020. Monica did a great job making it happen seamlessly.I’ll now be selling my existing home... in the next few weeks. I will definitely use Monica for that transaction.read more

Jeni Suciu
23:09 15 Oct 20
Simply excellent. We could not have had a better experience.Thank you,Jeni si Marius Suciu

Daniela Deltov
17:17 02 Sep 20
Mrs Monica Beffa is very professional, straight forward, systematic in establishing a successful strategy,... knowledgeable and she will do anything in her power to help you get the best results.She was kind and supportive during our interactions, helpful and responsive to all my questions, concerns, every step of the way.I highly recommend her services, do not hesitate to use Monica Beffa if you need Work permit, LMIA-exempt work permit, family sponsorship, visitor visa, immigration or citizenship application.read more

kit fla
14:32 20 May 20
I highly recommend Monica, as her expertise gave me peace of mind and my case was solved without any additional... interference. She is firm when it comes to the case, yet friendly and patient when you talk to her.I will be looking for her help in the future!read more

Khaled Elshamouty
21:30 14 May 20
Excellent and professional work. Communication was easy and fast.
Next Reviews
Contact Us
TITLE TRANSFER